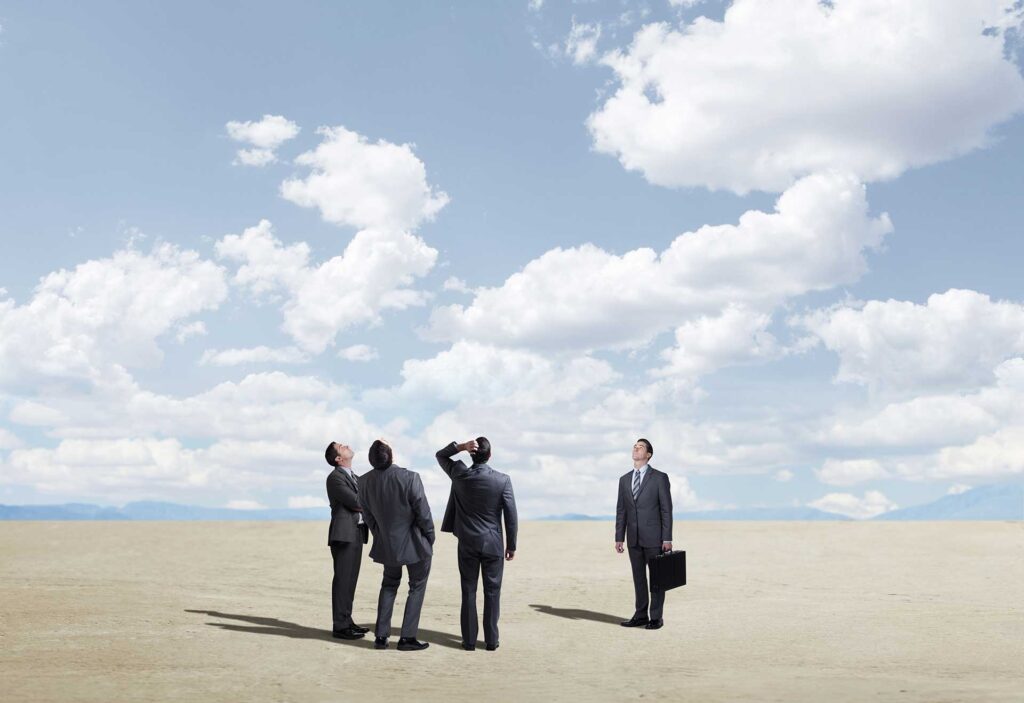 All eyes on the new cloud edge

Things move fast in the world of cloud connectivity. Turn your back for a moment, and a host of new product categories appear. What do they all mean? How does ‘Cloud-Native’ stack up against ‘Network Cloud’? What is SASE and why is it different from SD-WAN? What about the cloud edge, and where does 5G fit in?

Scott Raynovich, Chief Technology Analyst with consulting firm Futuriom, is a man who likes to keep a close watch on the cloud market. Recently he’s been looking at developments in what he calls ‘the new Cloud Edge’. He’s also a student of what’s going on in areas like SD-WAN, SASE and 5G, and in how all these categories intersect.

“All these technologies are converging,” he points out. “They’re separate, yet they’re all tied together at the same time. What’s really catalyzing developments in this area, of course, is this tenacious pandemic that’s forcing us all into different habits. The technology impact is that everything has become more virtualized. New habits have triggered a cloud explosion.”

But let’s cast back to the early days of SD-WAN, a technology that Raynovich says he started following about eight years ago: “The innovation around SD-WAN was about virtualizing enterprise network connectivity at the edge,” he recalls. “How do you get all these branch offices connected more efficiently to a LAN without truck rolls and manual configuration of routers? Now we have the Secure Access Services Edge, or SASE, which is about the integration of security and networking. Then we move to Cloud Edge, which is about pushing the cloud out closer to the end users. This requires a lot of automation and a lot of scale. It’s also going to create a lot more traffic so networks have to be able to support this. Plus you need multi-cloud networking to provide you with connectivity between different clouds.”

Raynovich is also excited by the emergence of ‘Cloud-Native’ Networking, which he says is about being able to easily connect different elements in the cloud with virtualized services using APIs. It’s a new model for networking, he says, to give customers and enterprises control over networks and services with a web-based portal.

“What is the top goal of network automation?” says Raynovich. “We asked people this in a survey about network automation and they really want to use networks to accelerate their services, be able to provision things on demand, accelerate revenue. They also want to simplify Lifecycle Management, the way the service lives on the network and how its instantiated and changed. And of course there’s network security, which is why SASE is pretty hot.”

Raynovich chaired a panel of industry experts to debate some of these developments. Kevin Deierling, SVP Marketing with NVIDIA, kicked things off with a plea for simplicity: “We’ve all talked a lot about cloud networking and Cloud-Native Networking,” he said. “But really cloud is not about implementation, but experience. It’s really about ease of use. I want it to be the same way I always had it when it was in the enterprise data centre that I managed, except I want it automated, and really autonomous. What the implementation that accomplishes that looks like almost doesn’t matter.”

Galeal Zino, Founder and CEO of NetFoundry, agreed that his customers don’t necessarily care about labels or taxonomy. “They care about winning,” he said. “And in today’s world, that means they need to innovate. They need to be fast. They need to be agile. And obviously they need to do that in a cost effective manner. They need to be able to securely and reliably connect to that application, no matter where it is, on a device, in the cloud, in multiple clouds. This can be incredibly difficult to manage, so they need a platform-type approach to manage the connection between users and devices. For this, SASE is simple, agile, and automated from a customer perspective

Amir Khan Founder, President and CEO of Alkira recalled that when he invented SD-WAN at Viptela, it had the very simple goal of creating a common fabric across multiple transports and seamlessly tie that into existing infrastructure on prem.

“And then some people started to bring it to the edge of the cloud to connect to multiple clouds but then of course it’s not Cloud-Native,” he recalled. “You had to do manual stuff inside the clouds to tie things together. And then came the SASE world where we are trying to bring the security services together with SDN. Now we are starting to talk about 5G and cloud edge, and then comes the multi-cloud world where we have the big behemoths like AWS and Azure and GCP. We are able to access these clouds with APIs, but they are independent and so for the customer, there is no common infrastructure across all these environments. That’s why we wanted to come up with a common infrastructure which allows people to achieve their goals and that’s Network Cloud.”

Part 2 – Automation and the cloud

“We like to say that code is replacing configuration,” said Zino of NetFoundry. “Networking historically has been very configuration-oriented. Now one application can actually have microservices across multiple clouds, and it can be accessed from anywhere on the planet. This means automation is not just a nice to have, but actually necessary.”

Khan of Alkira agreed that automation is becoming essential: “Talking to the majority of customers, whether it’s Fortune 100 or Global 100 or midsize companies, there’s a common theme. They have a security team, a network team and a cloud team. The cloud team always wants to move at the speed of the business, the networking and security teams are always lagging behind because they don’t have enough automated tools in their toolset.”

Deierling of NVIDIA pointed out that today’s complexity simply demands it: “We have all these great new applications, lower latency and higher throughput, and clearly, those are going to enable new applications. And that could be robotics, governed by a human being or autonomous robots. Meanwhile everything needs to be secure and scalable whether that’s in retail environments with recommendation engines, or natural language processing where you are communicating to an intelligent entity that is going to be autonomously communicating with you. All of that is going to be driven by high-bandwidth, low latency accelerated computing.”

NVIDIA’s Deierling believed that today’s cloud applications have changed the security game thanks to their edge location: “You look at a smart city application or retail application,” he pointed out. “People are going to walk up and plug cameras into this edge environment that isn’t protected, and users are going to have physical access to machines. This is where you need a Zero Trust model.  You trust nothing, you trust no entity, you trust no application, you trust no device. Everything needs to be authenticated.”

Khan of Alkira fundamentally believes in securing everything in the infrastructure, no matter where it is: “Everything needs to be secure, and security needs to be distributed,” he claimed. There are certain pieces of security that need to reside in the end nodes, like these autonomous vehicles, and there are certain functionalities needed in the cloud, so that you can have multiple layers of security to secure the overall infrastructure. Every node is becoming an attack point so we need a very secure environment, and that only can be achieved if we have commonality.”

So to what extent can we visualise Cloud-Native and Network Cloud as mutually exclusive visions? Do they intersect in some way?

Khan of Alkira was one of the authors of the Network Cloud model. But he does not see a contradiction with ‘Cloud-Native’: “We built our infrastructure natively in the cloud,” he said. “And that’s why we are able to provide services across the globe on demand. Every cloud has different limitations and different ways of doing things, and it becomes a nightmare for the customer. So that’s why we hide all of that, through abstraction across these multi cloud hybrid environments. You can provide a common infrastructure that spans across all these environments and makes the customer’s life easy and that’s the approach that we have taken.”

Deierling of NVIDIA sees the visions as completely complimentary: “Cloud-Native Networking is really the underpinning architecture for a networking cloud service, for example,” he said. “So if you look at Cloud-Native Networking, it is all about breaking your monolithic applications into micro services and containers. These things dovetail together.”

Zino of NetFoundry says you need a Cloud-Native architecture before you can talk about Network Cloud: “If you’re just ‘a network cloud’ you’d have a very difficult time doing API and microservices integration. The first critical point to me with cloud data is who can you integrate with? How easily can you do it, and how simple and powerful can you make that for your end customer?”

The following links will be useful for anyone wanting to investigate these areas further:

It’s been a golden year for cybercrime