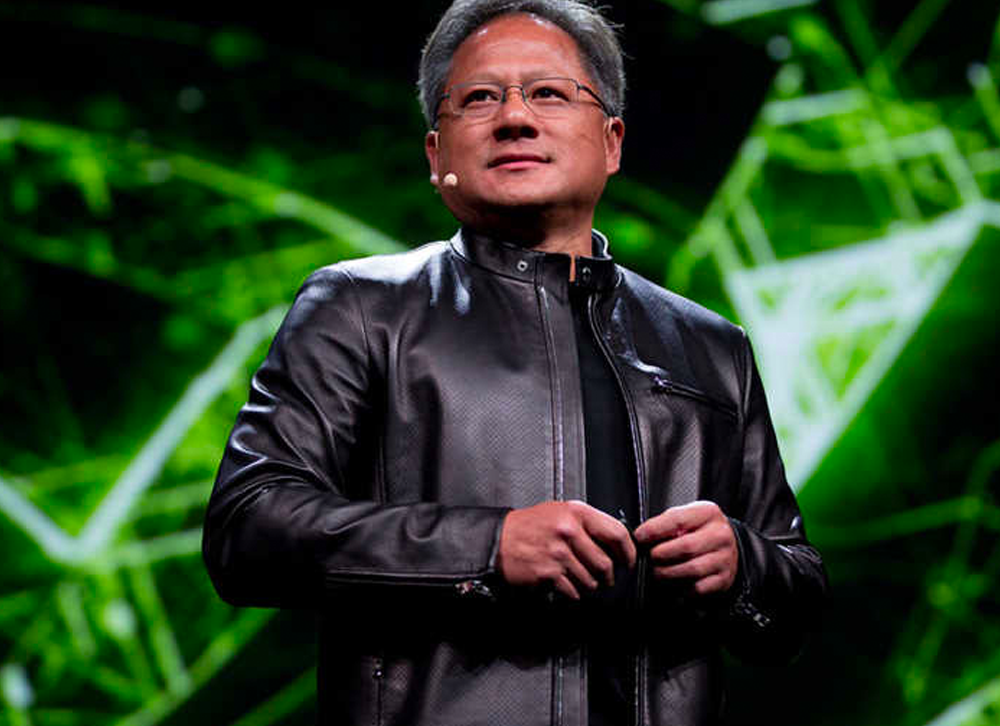 Expect a lot of noise
– NVIDIA is dead serious about networking

When I was a kid “me and my mates” used to make gunpowder. It only took three ingredients: charcoal, sulfur and saltpeter (what the grown-ups called Potassium Nitrate). That was easy, but the proportions had to be just right, and the real challenge was to tamp it hard enough to get enough pressure – without hammering so hard that it went off prematurely. We never managed: the result was always a fizzle, a pretty flame. Not the loud bang kids crave.

Last Monday April 27, Jensen Huang, founder and CEO of NVIDIA, and Eyal Waldman, co-founder and CEO of Mellanox, signed off their agreement with NVIDIA acquiring Mellanox for some $6.9 billion. A third ingredient? Yes, NVIDIA quietly announced today that they have also acquired the networking software trailblazer Cumulus. Click here to read more on their blog.

Expect a lot of noise: a new era of accelerated, disaggregated and software-defined datacenters, and a revolution in high end compute capabilities – from deep data mining, through global cloud services, to artificial intelligence.

Let’s look closer at the ingredients…

In 1993 Jensen Huang founded NVIDIA – a name taken from the Latin word for ‘envy’ – to serve the computer gaming industry. In 1999 NVIDIA invented the Graphic Processing Unit (GPU) that sparked the growth of today’s PC gaming culture.

A whole generation of parents might blame him for gluing their youngsters to those little games consoles when they ought to be outside getting fresh air. But GPUs have taken on a whole new role in the 21st century when they proved their superiority for the parallel processing requirements of emerging applications such as machine learning data analytics and scientific research.

This capability was thrown into high relief with the current coronavirus pandemic and a collaboration across the gaming industry connecting hundreds of thousands of games consoles’ GPUs online to create a supercomputer under the name Folding@Home. According to the Folding@Home website: “For certain types of calculations, we’ve seen GPUs give us a 20-30x speedup over their CPU-based counterparts.” The combined effort quickly developed more than six times the power of IBM’s top supercomputer, and is being used to explore the way that proteins fold and how that increases their vulnerability to the coronavirus.

Today’s workloads demand ever greater data and compute intensity of this sort, and make enormous performance demands on hyperscale and enterprise datacenters. While computing demand is surging, CPU performance advances are slowing with the tailing off of Moore’s famous law – accelerating the adoption of NVIDIA GPUs  in high end datacenters. Now GPU deep learning is driving AI. Gartner’s Top 10 Technologies That Will Drive the Future of Infrastructure and Operations, 29 October 2019 puts “AI for IT operations” number one on the list, saying: “By 2022, at least 25% of large enterprises will be using artificial intelligence for IT operations (AIOps) platforms and digital experience monitoring.” Number 2 on the list is “Compute Accelerators”, very much Nvidia’s home ground.

As a well-established company with approximately twelve thousand employees, over ten billion dollar turnover and a market cap in excess of $170 billion, NVIDIA provides the charcoal – a very solid start ingredient for a potentially explosive combination.

One of the biggest revolutions in modern networking has been the move to “software defined” networks – and everything. A slower moving business environment could be built on proprietary solutions, the convenience of sticking with a preferred supplier and the comfort of knowing all the equipment had been designed to work together. But company mergers often brought the need to integrate incompatible systems, and accelerating business pressures meant these great aggregated solutions could not be upgraded and rebuilt fast enough to keep up with changes.

If their functions could be virtualized and run as software in any off-the-shelf processor, lengthy hardware installations could be replace by a simple software upgrade. Software-Defined Networking (SDN) transformed the networking industry from a hardware heavy tangle of cables, connections and routine maintenance to a dynamic and exciting IT discipline. But it was vital that the software ran right across the network and be compatible with as many as possible connected devices – both to leverage existing capital investment and to enable free choice of new equipment for optimal performance.

Cumulus Linux is an “open” network operating system: software that enables businesses of any size to operate web-scale networks like the world’s largest datacenter providers. It already supports over one hundred and thirty of the world’s top hardware platforms – allowing enormous flexibility of choice. Also, Cumulus NetQ is an network operating tool that lets you look deeply into the operation of a complex open network – monitoring, troubleshooting and managing its lifecycle.

Sulfur is the fifth commonest element throughout the human body, it also occurs naturally in many diverse forms and is essential for the processes of life.

Combine charcoal and sulfur and you will have an inflammable mixture. But when you add potassium nitrate it accelerates the burn explosively by contributing loads of oxygen. Breathe deeply, for Mellanox is replete with that life-giving element.

In May 2018 Futuriom wrote: “Specialized networking hardware vendor Mellanox (MLNX) has been on fire lately, having taken advantage of the thirst for high-performance gigabit Ethernet connections in global datacenters”, drawing attention to the company’s soaring performance and increasing sales forecasts that year. And the surge continues with record first quarter figures for 2020: $429 million revenue up 13% from last quarter and 40% year on year and with all major product lines continuing to grow. The company has achieved and maintained the highest possible ISS Quality Score (a signifier of its investment potential) right up to April 2020.

Compute acceleration is already a key link between Mellanox and NVIDIA. With the decline in Moore’s Law comes the need for new approaches to acceleration. Software Defined Networking and Network Function Virtualization have lifted a major hardware burden to make datacenters more agile, but at the expense of lumbering servers with all that extra software processing – leaching capacity from application processing. But Mellanox’s distributed network intelligence via Smart Network Interface Cards makes the network act like a co-processor for the servers, freeing up compute power so the network becomes a support, not a burden.

And Mellanox itself has been acquiring. Rumour had it that they had their sights on an obvious choice – Cumulus. NVIDIA’s move has now brought about that happy union. Perhaps less obvious is their March acquisition of the Northern Ireland company Titan IC, the world leader in Network Intelligence technology and analytics accelerators for searching and generating meaningful insights from data in cloud, storage, and networks.

Titan IC’s acceleration engine is the industry standard for high speed complex pattern matching, real time traffic inspection and detection of strings or keywords, including malware, and it is already integrated into Mellanox’s BlueField products. Mellanox VP Software Architecture, Dror Goldenberg explains: “As part of a combined company we will now be able to invest in analytics and security acceleration technologies, and new capabilities will become possible. Further, boundaries between different IP interfaces can prevent the optimization of hardware accelerators across sub-systems, and as part of a single company these boundaries will be eliminated”.

In an interview last Monday between Jensen Huang, Eyal Waldman, Mellanox President, and NVIDIA corporate communicator Bob Sherbin, Huang described his feelings about acquiring Mellanox: “This is an extraordinary day… both of us are significant players in high performance computing. We power 50% of the world’s computers. Mellanox networks are in, you know, six out of 10 supercomputers in the world today”.

Reason enough. But he goes on to explain that there is a bigger picture in the future of the datacenter, and how Cumulus and Mellanox dramatically expand NVIDIA’s footprint in the datacenter: “This deal gives us the opportunity to double down in datacenters and accelerate the innovation of technology.”

Huang admits that Mellanox was the most intensely contested acquisition in recent semiconductor history. Worth it because: “The future of the datacentre is quite extraordinary… it’s the single most important domain of computing today… data centers will continue to evolve, expand in numbers and capabilities. It’s going to create a growth opportunity for both of our companies for a long time to come”. He adds: “Our intentions are absolutely to grow. The most important thing in growth is leadership. And Eyal has built a wonderful management team.”

This acquisition is happening at a time of considerable pressure on the tech industry, on society and the whole world. Within weeks governments are adapting policies and making changes that they have talked about and often failed to make over many years. Things are moving fast in an already fast-moving world, and no-one yet knows where we are heading.

Asked how his growth might be affected by the global pandemic, Huang explains that NVIDIA has the security of spanning a large number of industries. Whereas automobile activities are stalled, people staying home has resulted in big growth in computer gaming, and more people are buying laptops and using the cloud. He does not see current developments impacting their long term goals and continued hiring plans.

The world may be reshaping, but NVIDIA plus Mellanox plus Cumulus will be driving fundamentals of the reshaping.

The Gartner report quoted earlier, as well as listing these technologies in the top ten that will have the greatest impact, also advises: “Although this research focuses on individual technologies, you should be alert for opportunities that arise when two or more of these trends combine to enable new capabilities.”

So while it all seems pretty quiet right now, looking forward to May 14, when Jensen Huang delivers his online GTC 2020 keynote. We’re guessing it could be a Big Blast!