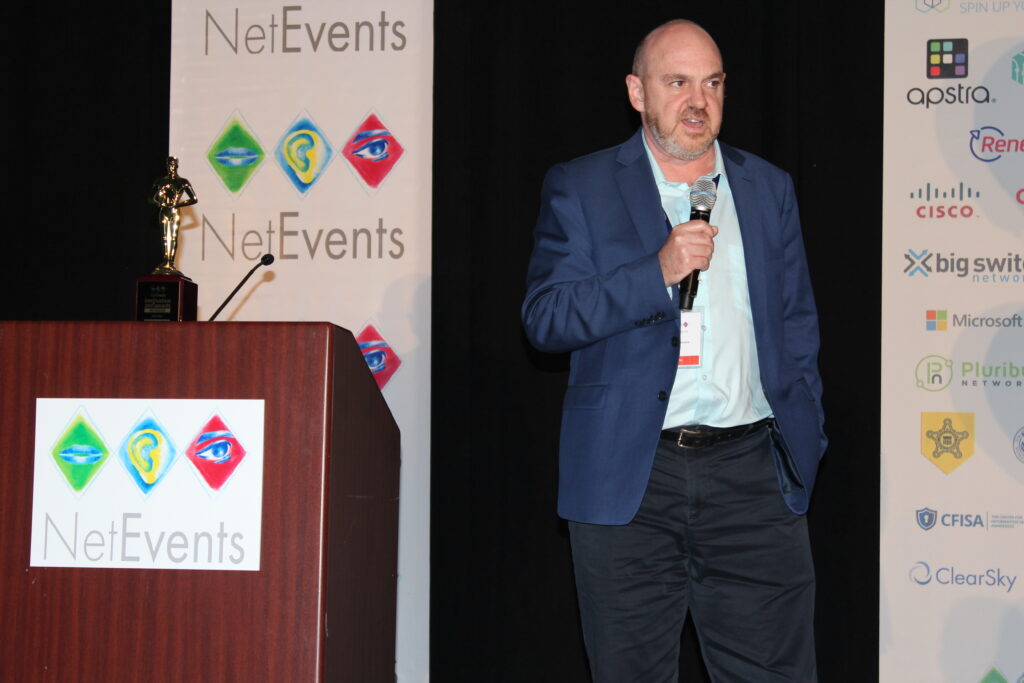 There’s been a lot of talk recently about the ‘new normal’. Or the ‘next normal’ as some folks are calling it. The idea is that the whole world is changing and will not simply return to the ‘old normal’ when the pandemic passes. It is also tied to the more reassuring concept that chaos cannot go on forever, and that the world will settle into some sort of equilibrium, albeit a somewhat changed reality from the old one.

So if you are a CIO or a network manager, how do you prepare for this new scenario, especially given that nobody knows what it will look like? This question, and others like it, were very much on the minds of all those who attended the recent NetEvents Inter@ctive CIO round table discussion, chaired by IDC analyst Brad Casemore. The event had as its subject ‘How Networking and Collaboration Support Business Resilience and Continuity During and After Times of Crisis’.

Casemore identified certain areas of compute and connectivity that have held up strongly as enterprise priorities throughout the COVID crisis, including cloud computing and cloud software, SaaS, data security, workforce performance management, enterprise social networks for collaboration and communication and employee engagement tools.

The very way we conduct business is obviously also in meltdown. Collaboration used to mean lots of face to face activity. Now we are no longer free to fly across the world to meet our most important customers. Instead the global shift to virtual meetings means you can ‘meet’ several such customers in a single day without the cost or bother of flying.

Pathmal Gunawardana, Head of Americas with TATA Communications, and one of the round table speakers, puts it thus: “Collaboration has actually become more critical,” he said. “It’s something we had come to take for granted, but the COVID crisis has highlighted its importance. We’re just doing in it a different way. I used to be on the road 90% of the time. I still talk to all the people I used to – but via a laptop.”

But what about enterprise appetite for innovation? Has that been affected by the crisis, or has the pandemic made us more conservative? Is there still discernible hunger for digital transformation in this ‘new normal’?

Gunawardana revealed that he has been talking to TATA’s enterprise customers – companies from the Fortune 100 and Fortune 200, and picking up, if anything, a trend of acceleration towards digital transformation: “Certainly, those customers who were ahead of the game before COVID struck were the most prepared to handle it,” he noted. “They were able immediately to run all their applications in the cloud. If any workloads were not in the cloud, they could be moved over very quickly – because they were prepared. Adjusting quickly to change was normal behaviour for them.”

The fast followers, those tucked in behind the leaders but not quite up to their speed, have been motivated to ramp up their transformation: “They already had a roadmap that stretched maybe one, two years ahead,” said Gunawardana. “They have had to condense that roadmap into a much tighter schedule. Lockdown will have delayed some things for these players, and accelerated others. Those with no roadmap for transformation at all will have faced the biggest struggle. Such change as they did manage to get going would have cost them more money. They were caught off guard.”

The road ahead may not be mapped, as yet. But those who have invested to be ready for a range of eventualities will have the best chance at navigating it.

The dawn of the cloud-native enterprise network

Is your business ready for the ‘next normal’?