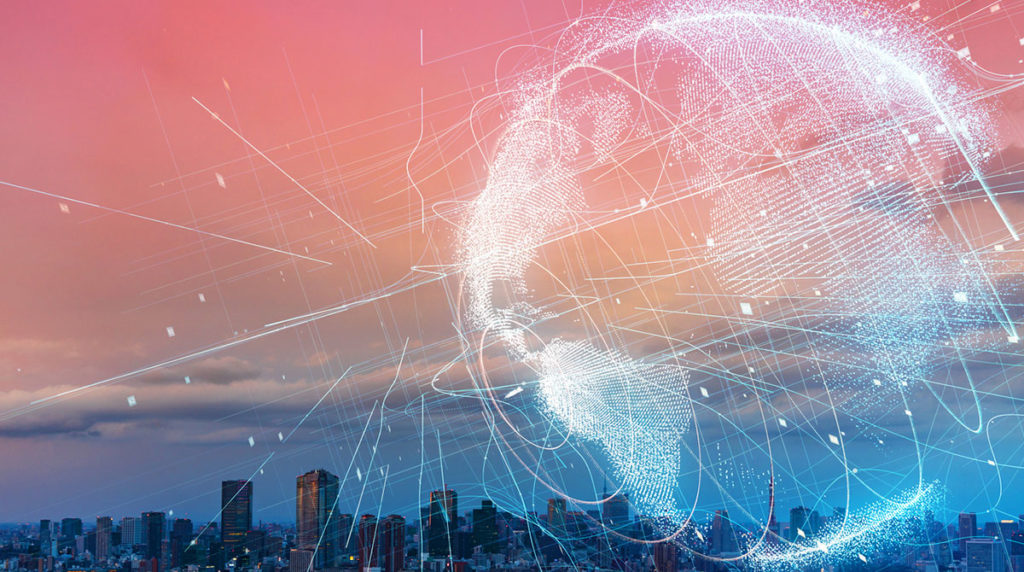 What’s on the cards with SD-WAN and MPLS?

Erin Dunne, who directs the research practice for market research and consulting analysts Vertical Systems Group launched a discussion on the current state and future of SD-WAN and MPLS. She invited three of the industry’s leading players – with experience embracing every aspect of WAN development: from services to the enterprise side, buying, selling, development and standards.

The discussion began with Erin Dunne reflecting on the changes since the 1980s private network: through X.25, frame relay, ATM, private lines, to Ethernet and dedicated IP VPNs, mostly based on MPLS. “We’ve had 20 solid years of really good growth in MPLS and VPNs. Thousands of organisations worldwide with millions of sites trust this technology and depend on managed VPNs for connectivity. This is a $40 billion market and yet revenue for MPLS is down. We’re losing sites, there’s a lot of price compression and the number of enterprise sites at T1 and below is dropping through the floor”. She added: “However, the connectivity to MPLS at above T1 or E1, is still growing. We’re not seeing those connections drop off at all”.

So what is replacing all those slower speed MPLS connections? According to Erin the market is moving to “some sort of SD-WAN implementation”, which can mean a carrier-managed service. She also points out that the top carriers selling managed SD-WAN services – AT&T, Hughes, Verizon, Windstream and Aryaka – are the same top MPLS providers: “So this is a pretty tight market right now between the MPLS providers and the emerging SD-WAN market.”

What other changes are we seeing in the market? Kelly Ahuja, speaking for Versa Networks, sees the market splitting into two main segments: a DIY segment of large enterprises building and managing their own WAN; and a mass market of smaller companies that might prefer a managed service. The former want to disaggregate the underlay, so they can use multiple providers, and build their own network. He also sees a hybrid model, where the provider supplies the underlay, devices and maybe also monitoring, while the customers set the policies themselves.

Ahuja also refutes the “death of MPLS” rumour. Whereas a customer with two or more MPLS connections might reduce their number: “a bank’s not going to get rid of MPLS any time soon”. Prashanth Shanoy agreed: MPLS will still hold its own in large scale or critical situations demanding high performance and reliability. In particular Cisco is seeing how traffic steering and application awareness enable better, optimized use of the remaining MPLS links.

On cost grounds, Conrad Memezes for Aruba HPe is less confident about the future of MPLS: “MPLS metro ethernet isn’t cheap. For a 100 Mbps access circuit with 20 Mbps bandwidth, the average cost in the US is around $2000. Compare that with the broadband circuit that’s 100 Mbps down speed and 20 Mbps up, that’s $200. So $1800 difference, a little over $21,000 on an annualised basis”. For an organization with a thousand sites, it means a year one saving of $21 million. He did not see latency as an issue, at least not in the US, so much as the need to gain confidence as they migrate from a dual MPLS system to single MPLS plus broadband: “and then a year later they’re moving to dual broadband”. He does admit that most prefer a dedicated internet access rather than an average consumer service.

What are the key use cases for SD-WAN? asks Erin Dunne. For Shenoy and Menezes it is all about the cloud and flexibility. According to Shenoy: “The whole reason why SD-WAN even exists today is because of the emergence of cloud”. Then: “As applications and workloads started moving to clouds, it was all about a guaranteed application experience, no matter where my applications are and no matter where my users are. So SD-WAN was meant to provide consistent, reliable application experience for a public or private cloud environment”.

Menezes adds: “When you think about the speed at which you can spin up services in the cloud space, it’s drastically different from what you can do in the data center.” Also: “You don’t need to haul all of your data traffic back to your data centre in the traditional style using a MPLS network”.

There is another company, NetFoundry, that takes the cloud agility argument a whole stage further in a world where companies like Netflix and Walmart can deploy code thousands of times a day. NetFoundry offers a “Connectivity-as-Code” solution that abstracts application developers from the underlying network, enabling them to specify in code the network policies, performance and security required by the app over any network infrastructure. The company argues that, while SD-WAN is a great solution for connecting sites, Connectivity-as-Code allows the secure-by-design apps to control the network automatically without manual configuration.

Shenoy emphasises the need for security in Software as a Service applications: “That’s why you see so many security vendors coming into the SD-WAN space, like Fortinet or Palo Alto or Zscaler etc. It’s now all about providing SD-WAN and security as a single stack”.

Kelly Ahuja is not so sure about the desire for disaggregation of underlay and overlay, seeing disaggregation of software from hardware as the real issue. “Most of the industry is actually selling hardware defined solutions, so that’s another thing that differentiates us: we are software only and will work on any CPE appliance that we’ve certified”.

Bearing in mind that SD-WAN includes an entire market of hardware, software, service providers, equipment vendors, security, cloud-based offerings and much more – what are the key capabilities or differentiators offered by Versa, Cisco and Aruba?

According to Prashanth Shanoy, Cisco’s customers want to upgrade from a traditional WAN environment: “We provide a really simple, elegant, seamless solution to move from the traditional network to a fully advanced SD-WAN solution, while providing investment protection on their existing infrastructure. A lot of our customers migrate with literally zero CapEx, just a software upgrade on their existing WAN infrastructure”. A second demand is for maximum control and flexibility with choice of managed service, do-it-yourself, or working with the channel partners. “It’s not one size fits all”.

While a lot of SD-WAN pioneers focused on replacing MPLS with lower cost yet secure VPN through the Internet, Versa has promoted what they call “the software defined branch” to eliminate hardware at the branch, while providing full contextual visibility across users, security and applications.